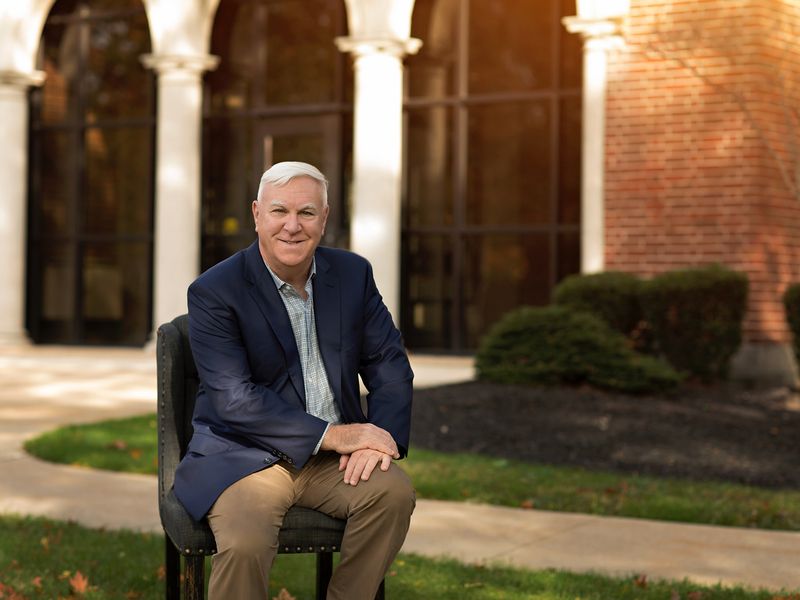 In honor of Rick Chiricosta – the recently retired Chairman, President and CEO of Medical Mutual – the company announced it was making “significant” donations to five Ohio institutions.

The donations, of an undisclosed amount, will go to the Greater Cleveland Food Bank, Rock & Roll Hall of Fame, Playhouse Square Foundation, Bowling Green State University and Cuyahoga Community College Foundation, Medical Mutual said. in a press release. All five are client organizations of Medical Mutual, which surprised Chiricosta with the news on Wednesday, August 31, according to the statement.

“With these gifts, we celebrate Rick’s legacy and his unwavering commitment to supporting organizations that enrich the lives of Ohioans,” said Andrea Hogben, executive vice president and chief marketing officer of Medical Mutual, in a press release provided. “The principle that we are all stronger together has guided our work with our community partners and it is one that Rick has championed.”

Chiricosta retired as CEO on July 31 and remains on the board. Chiricosta spent more than 35 years at the Cleveland-based health insurer in various roles and has been its chief since 2009.

Accomplishments under his tenure include, according to the release, Medical Mutual’s entry into Medicare Advantage in 2016; oversee acquisitions that have helped diversify and strengthen the business; and creating Mutual Appreciation, an engagement program that highlights Medical Mutual’s commitment and support to its customers.

Steven C. Glass became president and CEO of Medical Mutual on August 1. He joined the Cleveland Clinic, where he had served as the system’s chief financial officer since 2005.

The gifts honoring Chiricosta, Hogben said in the statement, “will allow Rick’s vision to continue to support future generations.”

Medical Mutual is donating to the campaign capital of the Greater Cleveland Food Bank, which serves more than 343,000 people a year through a network of more than 1,000 local food pantry partners, supporting them with food and supplies. other essential items, as well as tips and resources, according to the statement.

In recognition of Chiricosta’s guidance as a member of the Rock Hall Board of Trustees and his partnership as a business leader, the donation to the organization will support his capital expansion project. The expansion will include learning labs, space for the Rock Hall Library and Archives, and interactive activities such as the “Garage Band” exhibit, which includes a keyboard station that is being renamed Rick Chiricosta Keyboard Studio in l honor for his longtime support of The Rock. Hall and to celebrate his love for music.

Medical Mutual’s donation to the Playhouse Square Capital Campaign in honor of Chiricosta and his wife, Sheila Chiricosta, will support funding for accessibility services, funding for improvements including sign language interpreters, closed captioning options for playback on personal devices and the ability to feed audio directly into personal devices. devices. The Rick & Sheila Chiricosta Arts for All grant will cover the costs of equipment and resources to make the shows more accessible to people with disabilities, according to the release.

“This giveaway allows us to open the doors to a more enjoyable theater experience for everyone,” said Gina Vernaci, president and CEO of Playhouse Square, in a statement provided. “Rick was one of the very first people to believe in our vision and commit to helping transform the Theater District into what it is today.”

Chiricosta, a Bowling Green alum, has a long history of supporting college programs, athletics and college graduates. He is also a founding member of BGSU’s Insurance and Risk Management Institute.

“This scholarship is designed to ensure that young women here in Ohio have the opportunity to excel for years to come,” BGSU President Rodney K. Rogers said in a statement. .

To recognize Chiricosta’s commitment to accessible and affordable education, the fifth donation – to the Cuyahoga Community College Foundation – will establish the Rick Chiricosta Centers of Excellence Scholarship Fund to help provide cutting-edge training and open doors to students in high-demand areas across northeast Ohio, according to the release. Chiricosta is a trustee emeritus of the foundation and previously served as chairman of the board.

Medical Mutual has supported Tri-C and its students for many years through scholarships, emergency aid funding and additional support donations.

“Rick and his team at Medical Mutual have helped us meet students where they are and ensure they have the resources to overcome their challenges and achieve their dreams,” said Megan O’Bryan, President of the Cuyahoga Community College Foundation, in a statement.