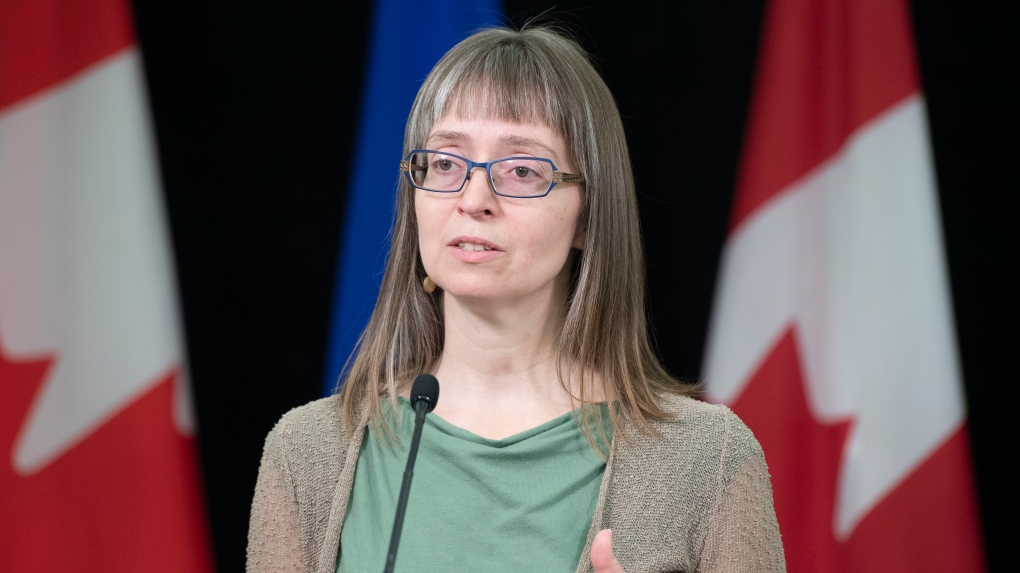 The previously confidential documents were ordered by provincial court to be produced after the parents of five immunocompromised children and the Alberta Federation of Labor sued the government over the decision to lift the mask mandate.

The decision was made shortly after the UCP COVID cabinet committee met and weighed the options presented by Health Minister Jason Copping on how to move forward as Alberta passed from the pandemic phase of COVID-19 to the transition phase to the endemic phase.

The document says Alberta would lead the way into the endemic phase with a “phasing out of public health measures” to reduce risk.

However, the document warns that “the lifting of restrictions should only begin when pressures on the health system have eased sufficiently and are likely to continue to ease.”

Chief Medical Officer of Health Dr Deena Hinshaw made recommendations to the government to move forward with the lifting of all restrictions, which included increasing the capacity of the healthcare system. She warned it would be overwhelmed and warned of further waves due to increased exposure.

“She was right about all her warnings and they just ignored them. And now we are paying the price,” said Gil McGowan, president of the Alberta Federation of Labour.

The first was to remove most restrictions, including removing masks from schools in Stage 1. The second option kept more restrictions in place and retained the school mask mandate until Stage 2.

The third option left all decisions to the cabinet, the option chosen by the cabinet.

“There is a lot of criticism that the government’s approach has at times favored policy over what made sense from a public health perspective. And I think we see elements of that in this presentation.

“From my point of view, this clearly shows that their eyes were clearly on politics, in particular their narrow self-interest and politics, and not where it should have been, which is public safety, especially for our children.”

“We stand by our decision to lift public health measures, including the end of compulsory masking in schools. It was the right choice for the children and it did not pose an undue risk to our communities.


This report from The Canadian Press was first published on July 13, 2022.